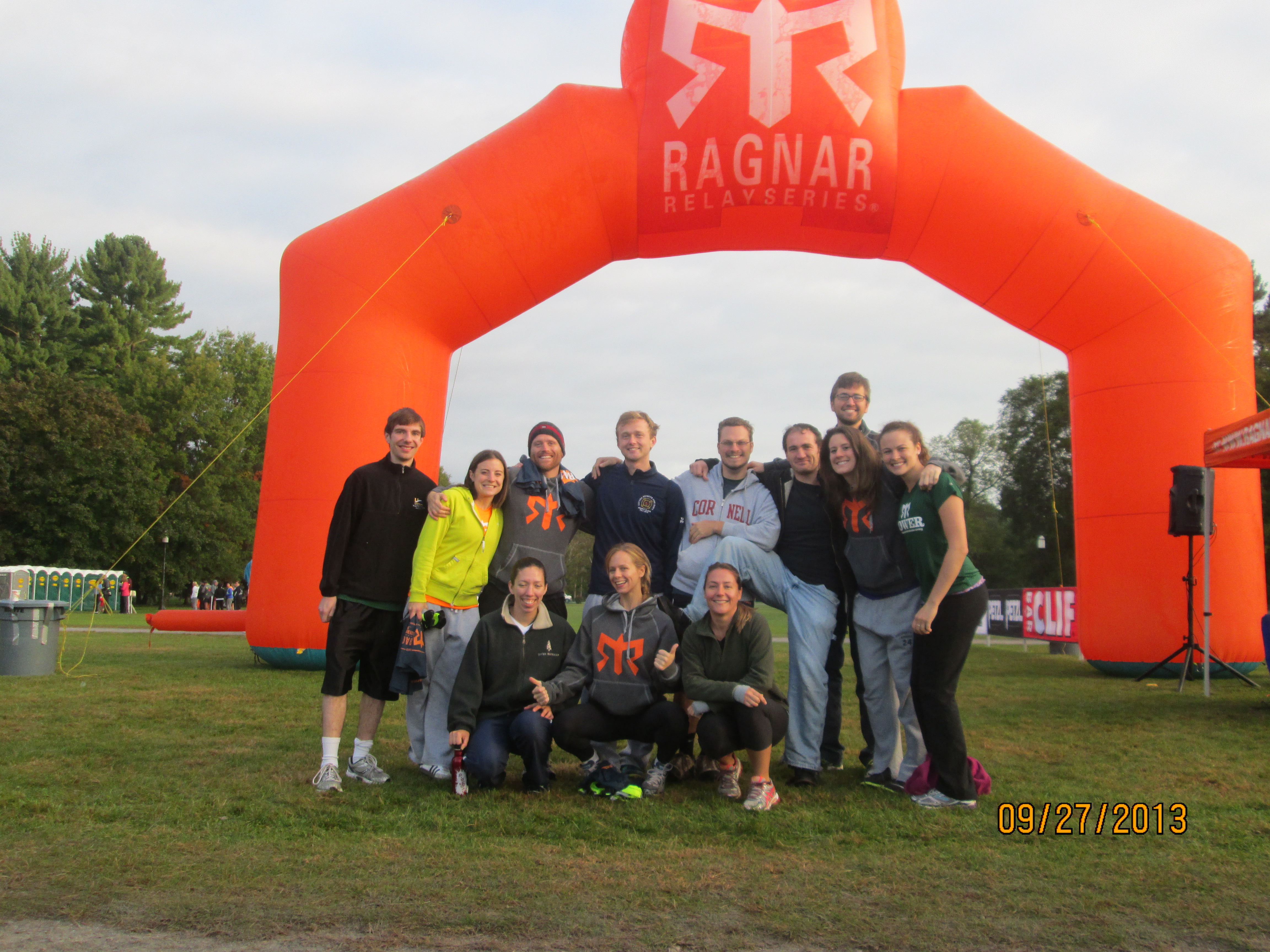 This year we headed up north for the Ragnar Adirondacks (ADK) with a larger group – the full 12 person team. It was a nice change from the ultra 6-person layout we did last year and due to an earlier start time (8am) we got to see parts of the course that we had run during the night last year. The added bonus for 2013 was the great weather – it was beautiful and no rain at all!

The Ragnar group (?) has made some good changes to this race and overall it felt much more “smooth” and better laid out. It was still a bit of a cluster for the first 6-12 legs, but that’s usually true for any relay race like this.

Getting to stop at the major exchanges (every 6th) was an interesting change, it’s been awhile since Jeney and I have been on a team with more than 7 people – usually it’s go go go. However, and it might just be me, I just felt like the people there weren’t as friendly or outgoing as usual. I’m not Mr. Outgoing, but I will chat people up at the races and we like to cheer for all the teams. I came across a lot of people that just ignored the other teams and seemed to be fairly insular…just odd. 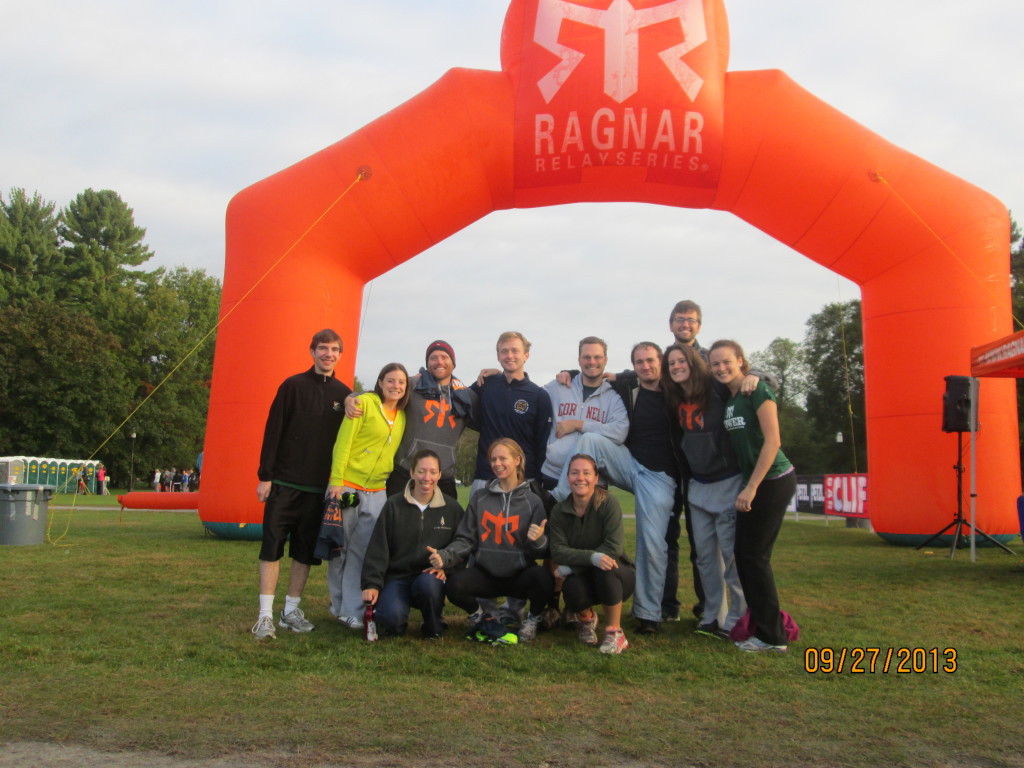 This race was a fun one to kind of “close” the season – with 12 runners we only had between 14 – 22 miles each and we got to meet several new people. After a summer of work and a few races here and there it was nice to get out before it gets too cold and put in some more miles. We’re also excited to do the Ragnar Key West in 2014 and are thinking about an ultra team next spring or summer…

Our good friend Kaleigh has been on all of our Ragnar teams since we moved to Ithaca, but she moved to NYC recently. Since she couldn’t make it in person we did the next best thing – cut out a print out of her face and took a bunch of pictures! The picture below is a recreation of a great shot from the Ontario Ragnar at the start of the summer. 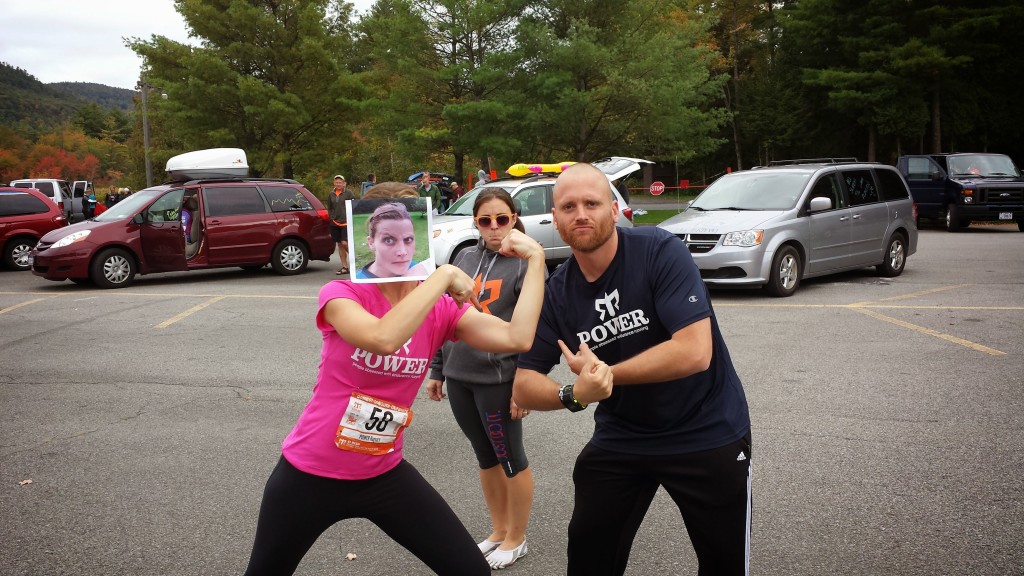 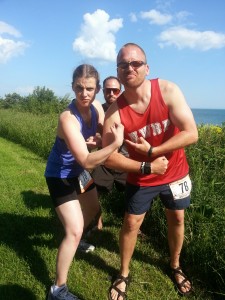 After the usual lack of sleep, many more miles, and an awesome sunrise (I didn’t plan it, but I got to do my last 8 mile leg with the sun rising in the Adirondacks – something I’ll remember for some time to come) we downed a beer at the finish line and headed out to our rental cabin a couple hours away – as you can see below it was a pretty impressive place. It easily slept 12 and we had a good time eating chili, drinking beer, taking shots of Jim Beam, and hanging out around the fire pit before retiring for some Cards Against Humanity.

Another good race finished and another race that makes us want to keep on going. We’ve actually discussed taking some time (6 months, a year?) after Jeney wraps up her PhD and travelling around the US doing various races…now to figure out the details. Anyone ever done this or planned something like this? 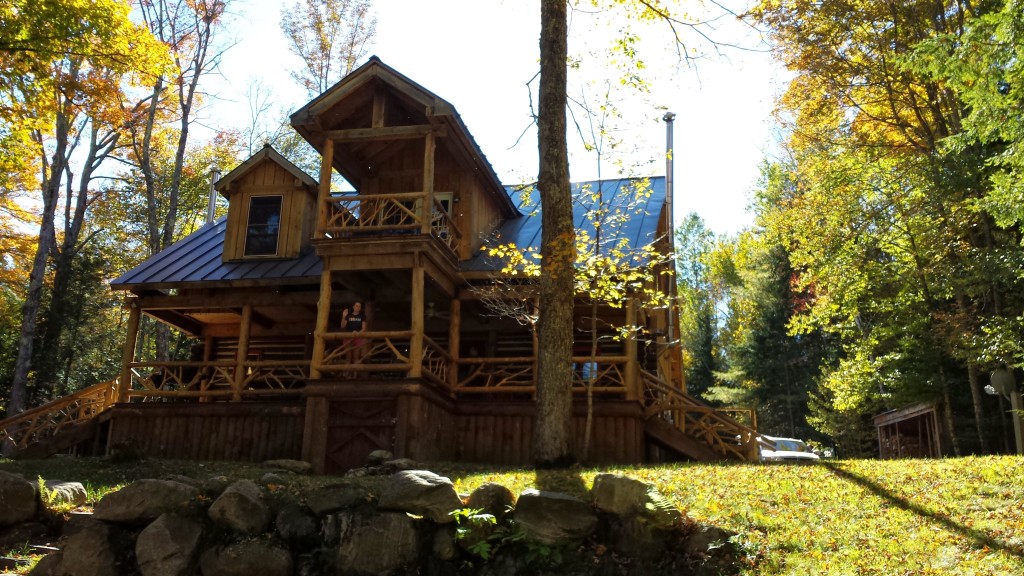