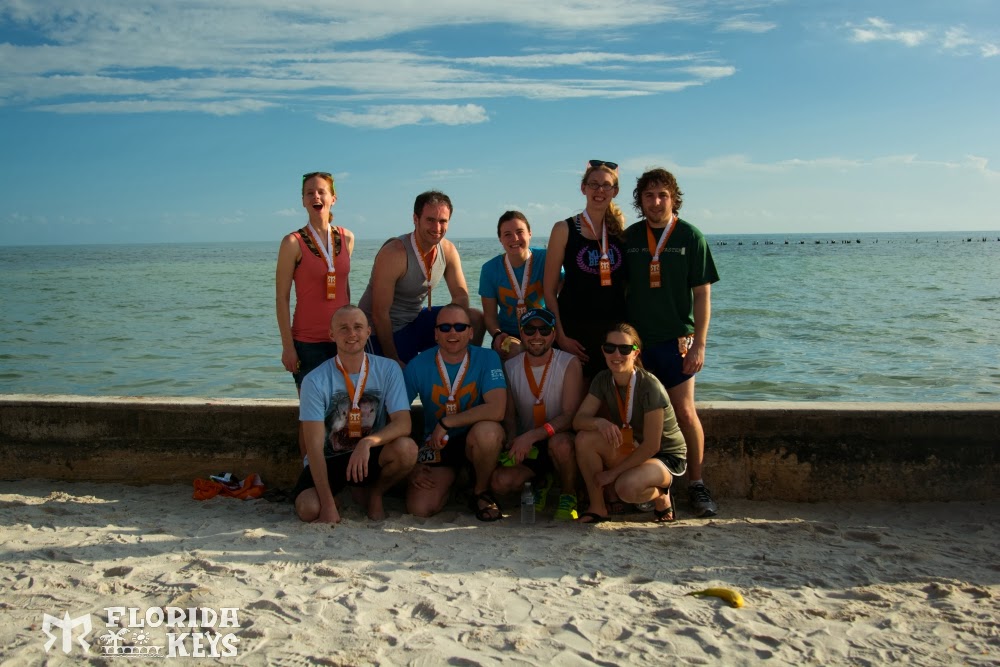 It’s been awhile since we last posted. Have we stopped running? Have we stopped eating yummy things? NO! What has been going on is life in general and the cold weather in Ithaca – although we’ve been running, it’s been snowing, windy, and just generally cold for the last 4 months. That won’t stop us from running, but it does kinda of put a hamper on writing about it! Sadly, there is no excuse for not writing about, and posting pictures of, the awesome things we’ve been cooking and drinking; I promise to get back into a more regular (and in a shorter form – more pictures!) habit of showing off what we find and make.

What we have done recently is another out of town Ragnar; the Florida Keys Ragnar. How can I sum up this race in just one word? HOT! Coming from upstate NY where the temperatures were hovering around or below zero degrees fahrenheit when we left and arriving into 75 degrees weather when we landed should have made us realize it was going to be interesting. I think that after our flight cancellation, trip to a neighboring airport, and 3 flights with tight connections, we were more in survival and prep mode as opposed to considering what we were going to feel like the next day.

I won’t bore you with the details of pre-race prep once we got down to Miami and started getting checked in and situated for the race – let me know if you’re interested and I’ll  happily regale you with tales of logistical cluster-fuckery!

I got the chance, for my first time, to start a Ragnar. I began leg 1 at 10:30 am and found out after a couple miles how the heat was going to affect me – slowing me down and really bringing my heart rate up. I could keep a decent pace, but talking was out of the question. Also for the first time, I ran with a water bottle – and was very thankful I did. I ended up using it for every leg of the race. 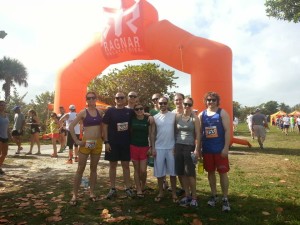 The race itself felt well organized for the tight spaces that were available for exchanges down along the Keys, especially considering the fact that there were nearly 500 (!) teams. There were police at many exchanges and intersections to help with traffic, parking, and directions.

The name of the game for this race was pacing and water management. We all had to take our pace down at least a bit in order to not overheat and we did occasionally see runners on stretchers being tended to by medical staff – something we all wanted to avoid.

Of special note was the fact that we had two ‘new’ runners with us – first time Ragnar runners who both did really well – exceeding their pre-race expectations and helping us take a finishing spot in the top 10% of mixed open teams!

After the race we took our sleep deprived butts over the to beer garden for some well deserved free beer – and eventually made our way into Key West to clean up and begin the next 3 days of our vacation…mostly eating and drinking our way through the town. I think that this is one of my favorite ways to enjoy a new town or area; go for a run or event, and then see what they have to offer in terms of food and drinks.

Highpoint of the trip for Adam? Riding a rented bike around town for most of Monday and hitting the beach – finally getting into that “vacation” mode

Highpoint of the trip for Jeney? Powering through her 9 mile leg at 2pm (think 80+ degrees) without stopping or walking

What’s next? It’s looking like the Syracuse Half Marathon in March, Cape Cod Ragnar in April, Finger Lakes Trail Runs in the summer, Cayuga Lake Olympic Triathlon in August, and the fall is TBD (marathon? ultra-marathon trail race?). Time to break out the calendar and start planning!