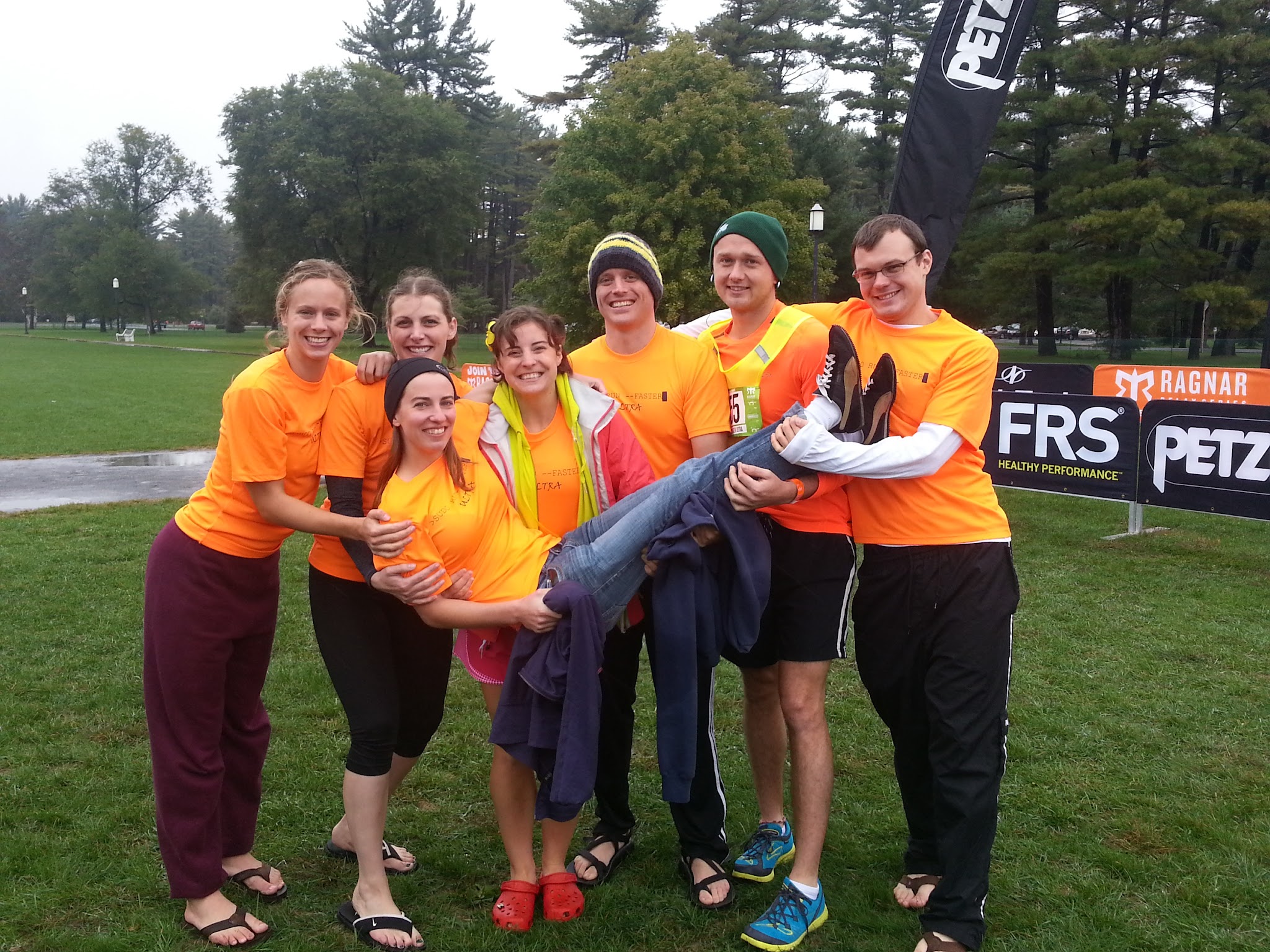 Ok, this is going to be a tough post to keep short but I’m going to do my best and give the highlights and general outline of the past weekend we spent doing an AMAZING and AWESOME relay race (Ragnar Adirondacks). I have a feeling that Jeney will be editing this later on and adding in her two (or three) cents when she has the time to stop writing a paper for publication and can spend some time reminiscing about the Ragnar race.

We rented a 12 person van for our 6 person ultra team + 1 driver (thanks Jessie!). With the race starting in Saratoga Springs, about 4 hours away, we decided to head up on Thursday evening and spend the night a few miles away so that we would have an easy Friday morning before the relay. We made it up after stopping for some pasta on the way and crashed pretty quickly after arriving at the motel. Jeney and I were up early the next morning and ambled over next door in the drizzling rain for a big breakfast. We had about 7 hour until we even started the relay so we decided to go big! 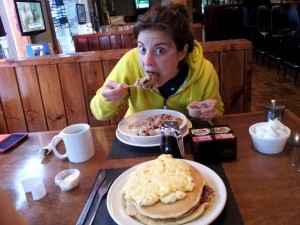 After loading everyone into the van and grabbing our last minute supplies we were off to the start line. We met up with the other team of 12 people from Ithaca and watched them start about 30 minutes before us. The start line was pretty bleak, by then it was raining pretty steadily and the ground was soaked…ominous beginning to the relay!

I can’t even do the race justice here in words, so I’m going to throw in a few pictures and say that it was great…it was tough, it was exciting, it was tired, it was crazy! I’m looking forward to doing some more Ultra Ragnars and maybe looking into going beyond that. Our bodies held up for the most part although we each had our own issues by the middle of the night. As far as I know there were no permanent injuries – just some really sore ankles, legs, and knees. If you ever want to know more about it, just send me an email or call me – so many good stories!

Here are a few of the pics from the race, showing ourselves in various stages of mental alertness. For those of you that might not know, each individual on our team did between 28 and 38 miles total, with that distance divided (unevenly) between 6 legs. It took us about 28.5 hours to complete and there was someone running at all times.

That was quite an experience – and having the other team there was great, it was nice to have others that we knew to talk with, commiserate, and challenge. Using VRBO to book a house for the night after the relay was a great idea – it was a short drive from the finish line and we were wiped out. Pasta was made and eaten, I don’t remember much more than that until I woke up in the morning!

Thanks to the teams and I’m looking forward to more in the future. Now to get ready for that marathon next weekend…