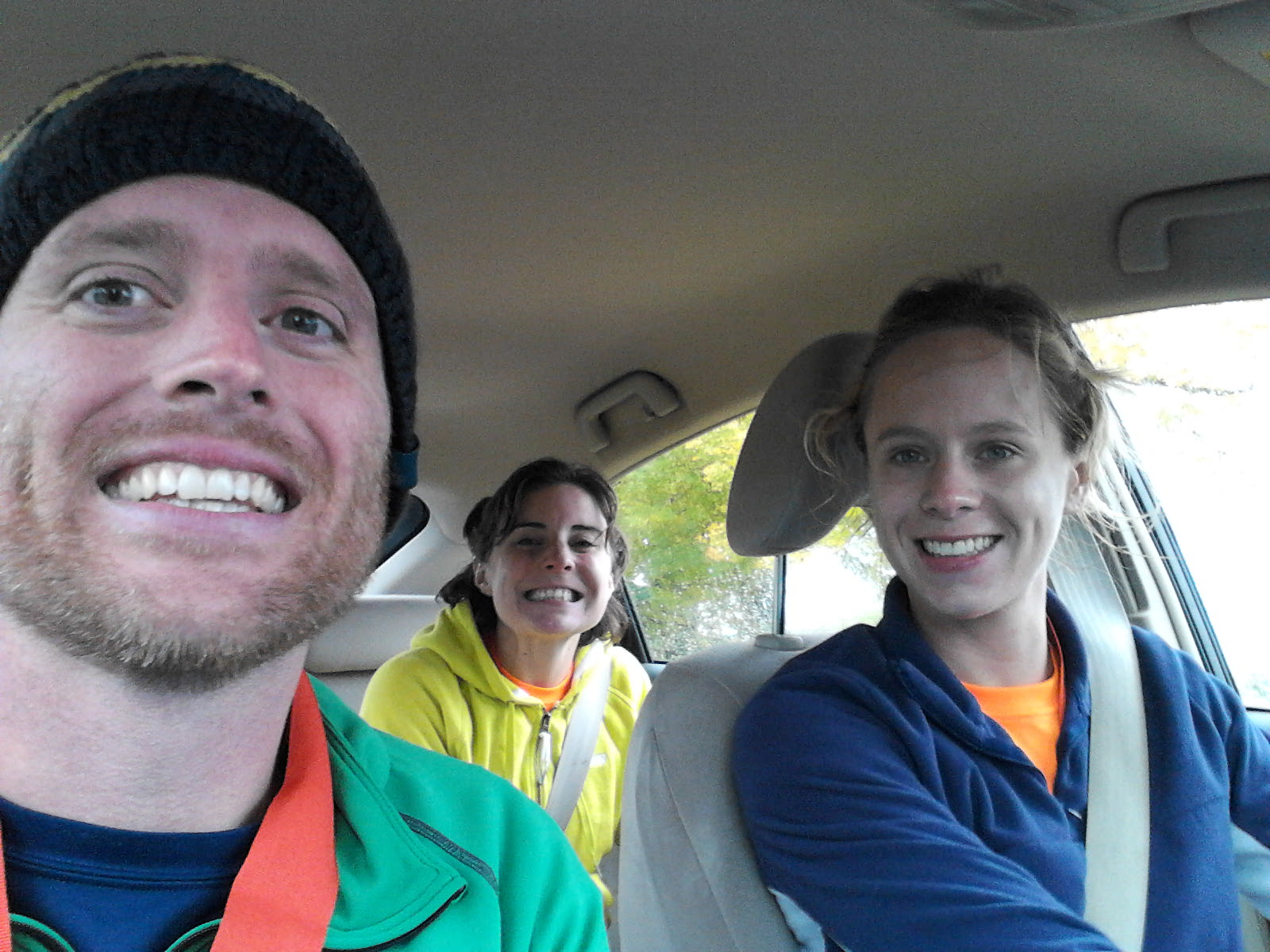 Last weekend we headed northeast on a 6 hour drive to the town of South Hero, VT for the Green Mountain Marathon. Unlike it’s namesake, the area is incredibly flat and turned out to be a beautiful but adventurous route.

We drove up with a friend of ours the night before and finished up our pre-registration – the school that served as the starting line even had a spaghetti dinner being served by the 7th and 8th graders to help fund a trip they were going to be taking to Boston. It turns out that the whole town gets behind the race and there was a lot of participation throughout by townfolk. After wrapping up the paperwork we headed to our B&B, stowed our gear, and hit a local bar and grill for some spaghetti and a pre race beer.

Overnight the winds picked up a bit, when we got ready to head to the start line it was steadily blowing and was gusting fairly strong. The temperature was pretty good for a run, about 47 degrees, give or take a bit. It was cold enough that I started the run with two layers and a beanie, but dropped the beanie after a few miles.

The wind really kicked in as we wound in and out of sight of lake, and also picked up as we went through open fields (the course was partially on hard packed dirt/gravel roads). The people manning the aid and water stations every two miles were great – I was happy to have them braving the elements to get me my water!

The run went well for the first half; I was keeping a great pace that I felt would let me finish in around 3:40. However, my legs had other plans! On the way back I started getting a bit sore and tired and by 20 miles I had to walk for a couple minutes. I can honestly say that my legs had never felt that bad – when I was walking they would relax a bit and I knew I would be able to finish the marathon even if it took an hour longer – not the greatest feeling but better than going 20+ miles only to have to call it quits. Between the soreness, lack of energy, and the blasting winds towards the end I had a fairly rough go of the last 5-ish miles. I was able to do a slow jog off and on and eventually found myself within sight of the finish line!

Another stint of jogging and I was able to wrap up my first marathon – it wasn’t pretty but I am happy to have completed 26.2 miles, I would be proud even if I would have had to have walked across the finish line! For me, that was the toughest run I’ve had and felt harder than the 38 miles I did for the Adirondacks Ragnar relay.

The race was well run – after getting my timing chip removed I ambled my way over to the school gym and was treated to free chili, donuts, bananas, cider, and more. The race was really well run and the volunteers were great – so important for making a great race.

I’ll let Jeney tell her story – she was wearing her minimal shoes (not toe shoes) and hit a pretty sharp rock around the half way point…suffice it to say her return leg was pretty tough too.

Next up for us? We’ve got a few shorter races planned later in the winter and then we’ll evaluate whether or not we’ll be doing another marathon. I think both of us would like to run a complete marathon and will probably be giving it another shot. We now have a better perspective on training and what works and doesn’t work so well for us. We both think that having the Ragnar so close to the marathon was not such a great idea as it limited our longest run to 19 miles (at least, the longest run without a rest).

I’m looking forward to taking the mileage down and cross training over the winter. Between lifting, cycling, and some P90X we’ll be doing our best to stay in good shape over the winter.

Edit: Make that P90 – I don’t think I’ll be doing P90X again, I did it about a year ago and found it to be a little overboard for a day to day workout.