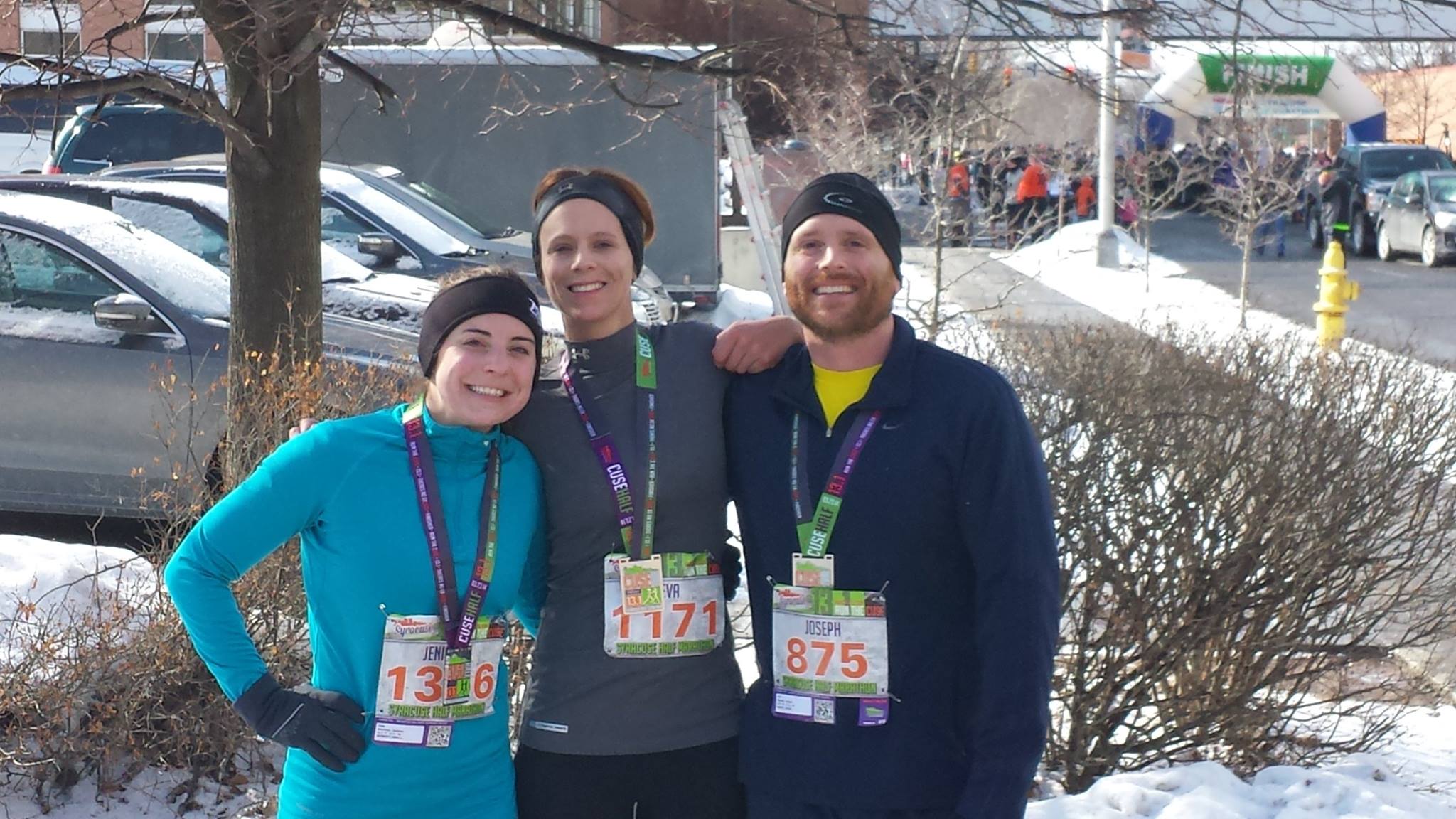 This past weekend, on March 23rd, we headed up north a few miles from Ithaca for the Syracuse Half Marathon. Several months ago we though, “hey – this would be a great spring time season opener run!”. We couldn’t have been more wrong…

We woke up at 6am to blowing snow and icy roads – it’s been a long winter! I’ll spare the drama for now and just say that we were happy to see the first hint of sun poking through the clouds soon after the start. When it’s 20F outside even a little sunlight can make a big difference.

The course was laid out well and all of the intersections were blocked off by police. At points the running lanes were a little tight (cones marked the running area from the rest of the road) but it was never really choked up to the point that you couldn’t pass people.

After one larger hill near the beginning the course only had some smaller rolling hills with minimal elevation gain and some longer straight sections.

Overall, I wouldn’t rate the scenery as spectacular – this race would be a lot better in warmer weather with some greenery around!

We did uncover an interesting statistic (thanks, Eva!) – over 50% of the finishing runners were women. In fact, it was nearly 60%. 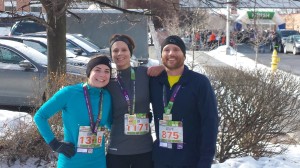 We ran as a group of 3 for the entire race and had a good time. Trying to run PR’s wasn’t on our agenda for this early race and with the colder weather it was nice to be with friends for the 13.1 miles.

After heading into the convention center where the post race food was we headed out and stopped by a small diner on the highway in between Syracuse and Cortland…the name escapes me, but it was decent, cheap, and hot – several important factors.

What’s next? We’re heading down south to Atlanta next week for our first trail Ragnar with 4 of our friends – really looking forward to checking it out.