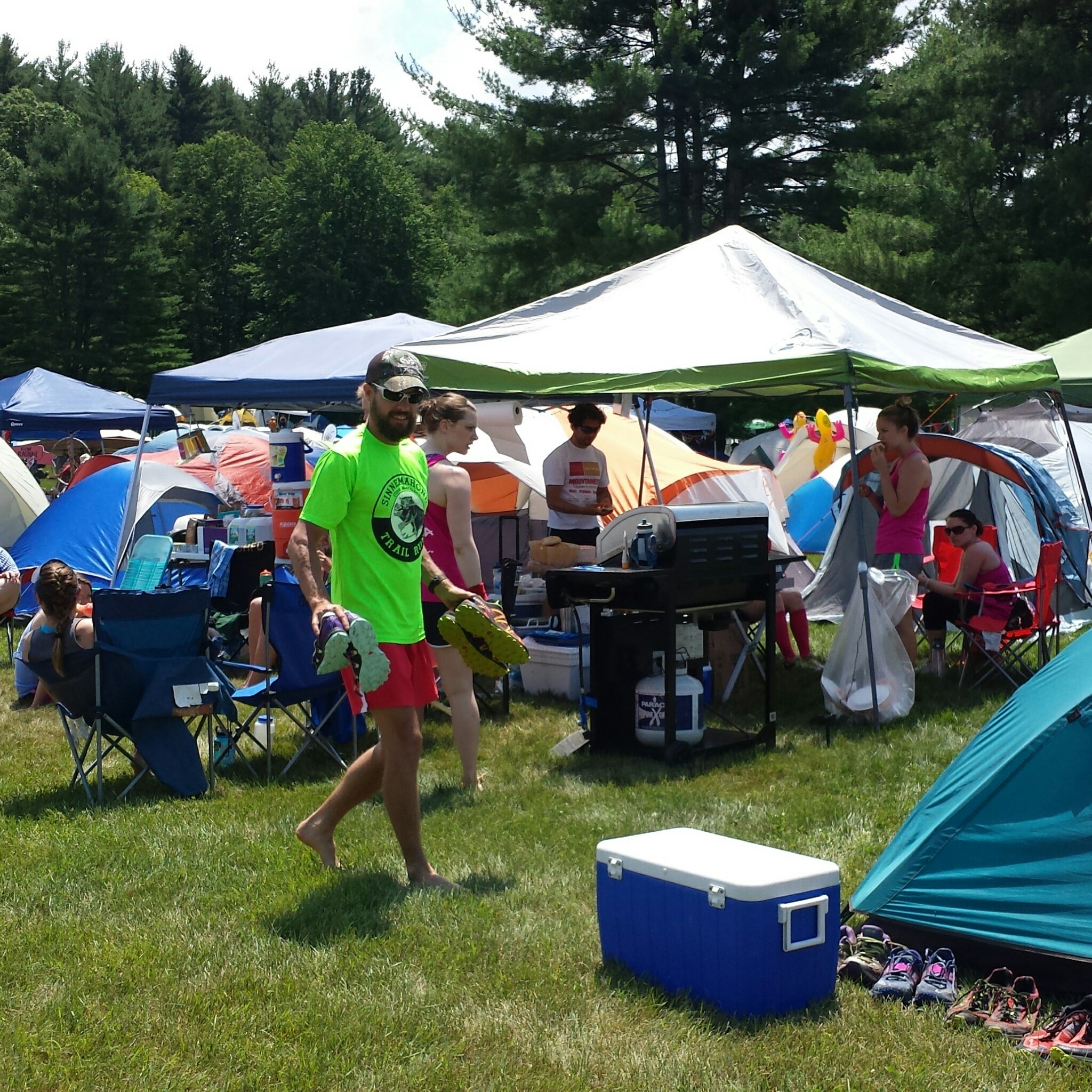 We were excited when Ragnar announced a new Trail event in Massachusetts! Huzzah! A trail event in our backyard! Kind of…as we learned the location was still 5 hours away. Matters not! We’ll still do it and I bet we’ll have a lot of interest – we thought.

Fast forward a few months, and we came upon the brilliant idea of having a mens and a womens team. Perfect, we can have a Vagnar Team and a Twig and Berries Team. However, not even two teams was enough to get everyone we know from Ithaca who wanted to run this relay into the race – so our friend Eva headed up a third team – Team Ragtag Rag Gang.

I’ll skip the weird weather details and just say that we went camping near the race location the night before since apparently Ragnar could not secure the location for the night before or the night after (we could start setting up 7 am the day of the event and had to be gone by 6pm the day it ended…a little odd!). This worked out well as it was a 4.5 hour drive and not something we wanted to get up at 2 or 3 am and do on the day of the relay beginning.

Northfield is just outside of Springfield, MA and was a neat location. The trails themselves turned out to follow the same general topological feature – UP, UP, UP, and then DOWN, DOWN, DOWN. This isn’t my favorite way for a trail run to progress, but it takes all kinds! The forest was beautiful and running at night was a blast, for me, in these woods. Once I got over the hill on the Yellow loop at the beginning I was able to cruise downhill for several miles with my headlamp lighting the way.

For myself, this race was important as I’m coming off of some IT Band issues. Having built up to some 6-8 mile runs I successfully ran the 15-ish miles for the 3 Ragnar legs and had no issues. Hooray!

So – we mentioned that we had 3 teams go up together, right? Check out this shot of our “compound”:

We actually did a good job of staying in the allotted space (each team is supposed to stay with in a 17′ by 17′ area).

Logistically this was a tough race as getting everyone to the same places at the same times, planning meals, getting gears, etc, was a bit complicated. Not sure that we’ll head up doing all of that again, but it did work out really well in the end. The food was a real success as each team took charge of one meal – doing it this way meant more variety, “better” food, and quicker prep, as opposed to just bringing coolers full of sandwich fixings.

It might be a while before we run another Ragnar with all of the ultras and other crazy stuff coming up, but we would recommend this trail relay to anyone wanting to get out there and run around the woods with some friends!