We went up for some wine tasting this weekend and had some really good experiences. I won’t dwell on the wineries, except to say it’s well worth the trip and we’re looking forward to going back in the summer and taking bicycles.

The first night we ate around Dorchester, on Lundy’s Lane at a brew pub called The Syndicate:

– good beers, a good IPA with west coast hops. Apparently a good bloody mary (“caesar”) can be had there as well.
– solid burger with great bun, cheese, meat (local), and more.
– the 3 course meal was lackluster, the steak was overcooked and fairly fatty.

Overall, would go back and stick to more standard up fare.

While in NOTL wine tasting we stopped at the Angel Inn, another pub that is touted as the oldest in Canada.

Solid drink choices and hearty food selection. Had myself a decent Rueben, the fried fish was likewise Ok, and the service was fairly fast. Nothing blew us away but it was a good amount of food for a good price while out tasting.

Dinner on the second night was at Mai Thai. Overall we thought it was good, but not impressive Thai food. Few vegetables and not very hot when ordered “spicy”. The pad thai was actually a little better out of the fridge the next morning. On the upside, they serve 9oz pours of wine…

The food highlight was saved for last, when we went to Smokies – a poutinery near the falls that has some kick ass poutine. We had the double pork (pulled pork and bacon), fajita, and one other I can’t recall… Fresh fries, good cheese, and tasty toppings made this a win. Good serving size (not crazy huge) allowed us to nearly finish and still be able to walk out 🙂

Hit up the falls on the way out – pretty awesome even in winter:

At least the poutine is still filling me up while we wait at the border crossing! 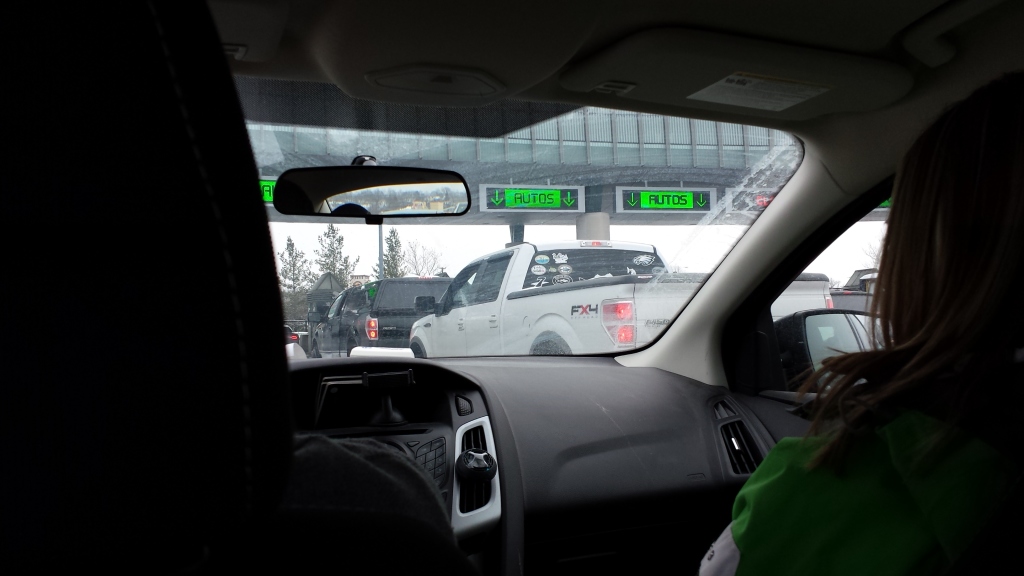