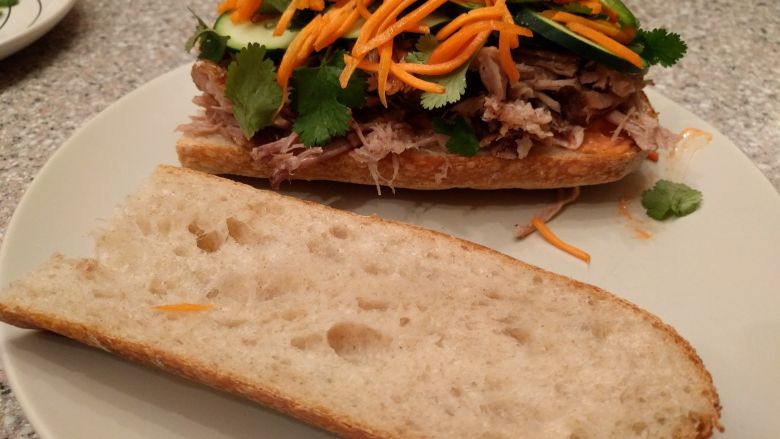 It had been a little while since I had cooked up anything new, so when I came across this recipe for Banh Mi I figured it was worth a shot – especially since the “main ingredient” is a 2lb slow cooked pork shoulder roast!

I made a small change by having Jeney whip up a Sriracha aioli and skipping the hot sauce due to that.

Not surprisingly, this was DELICIOUS!

I’ll be making this again and trying out a few different things, including longer soaking of the carrots (nothing wrong with 30 minutes though), and different peppers.

With the exception of the 8 hour slow cook time, the prep was pretty simple. Some prep for the carrots soak, slicing up this and that, and pulling the pork apart. Great to make in large batches so that you have extras or at least extra pulled pork. 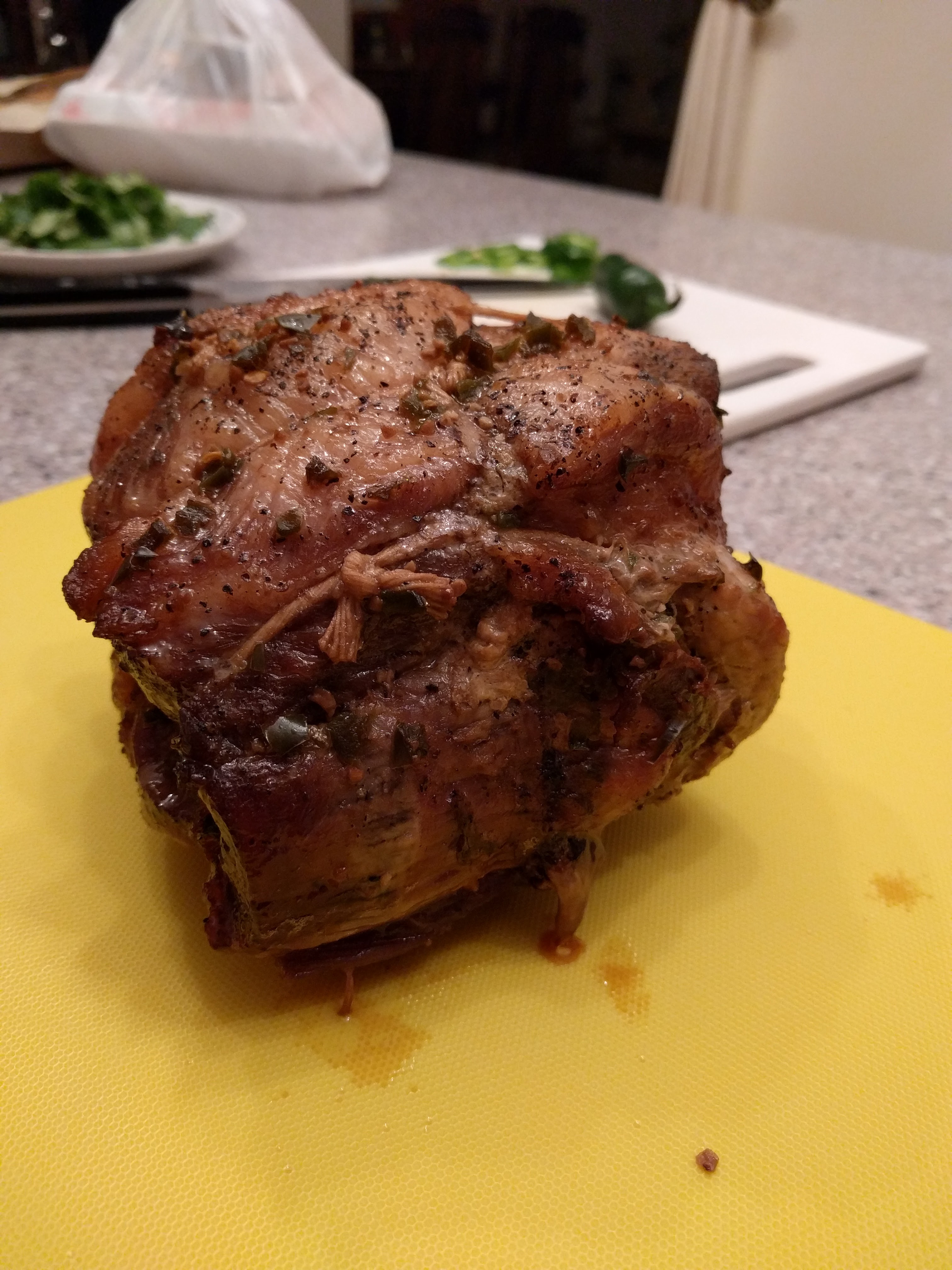 The pork shoulder roast after 8 hours in a slow cooker with ginger, lots of garlic, soy sauce, vinegar, and diced jalapeno. 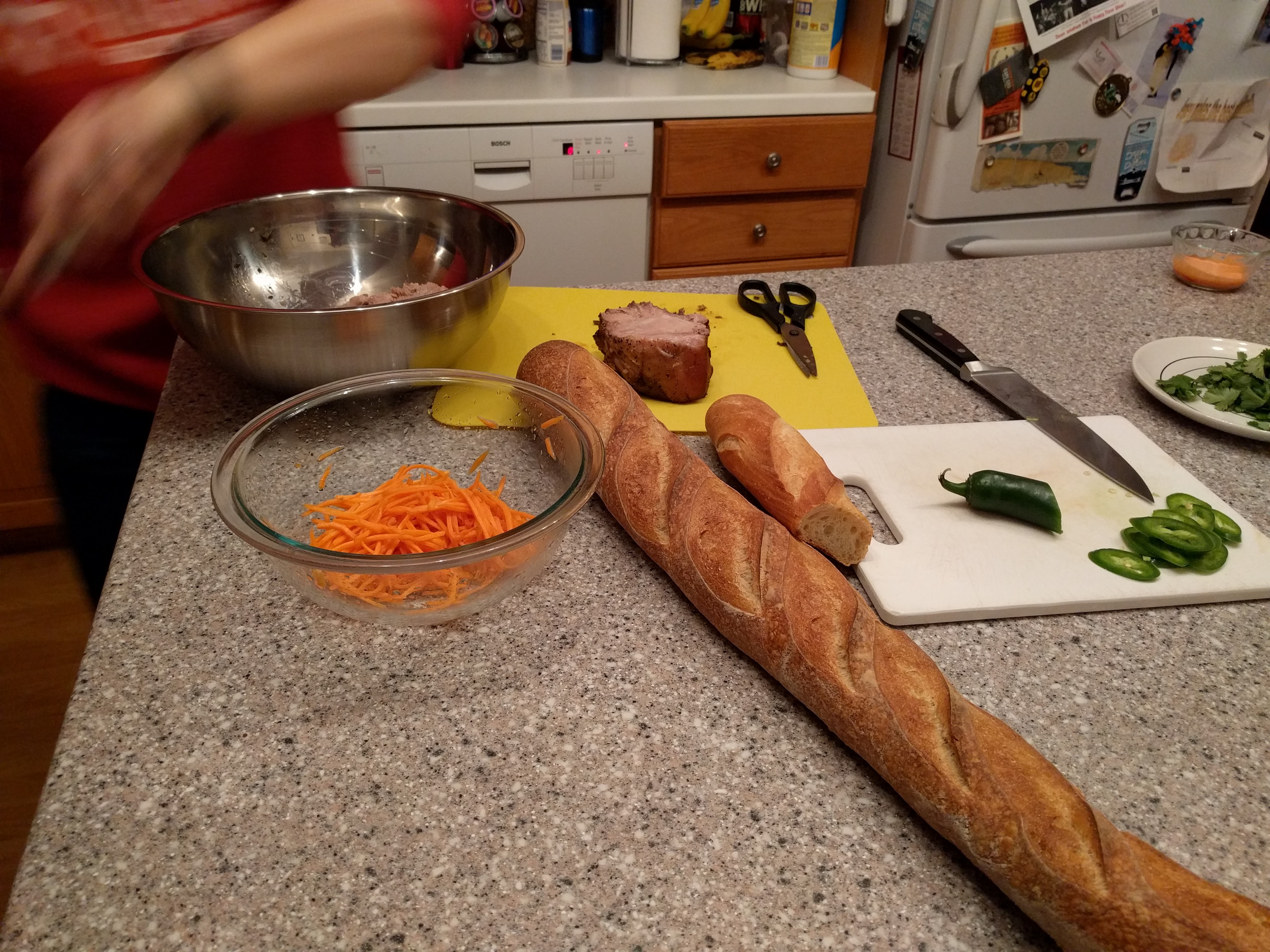 Prepping the pork and other toppings. Had to “make do” with a sourdough french loaf as the local bakery was out of regular baguettes. Small, but noticeable difference. 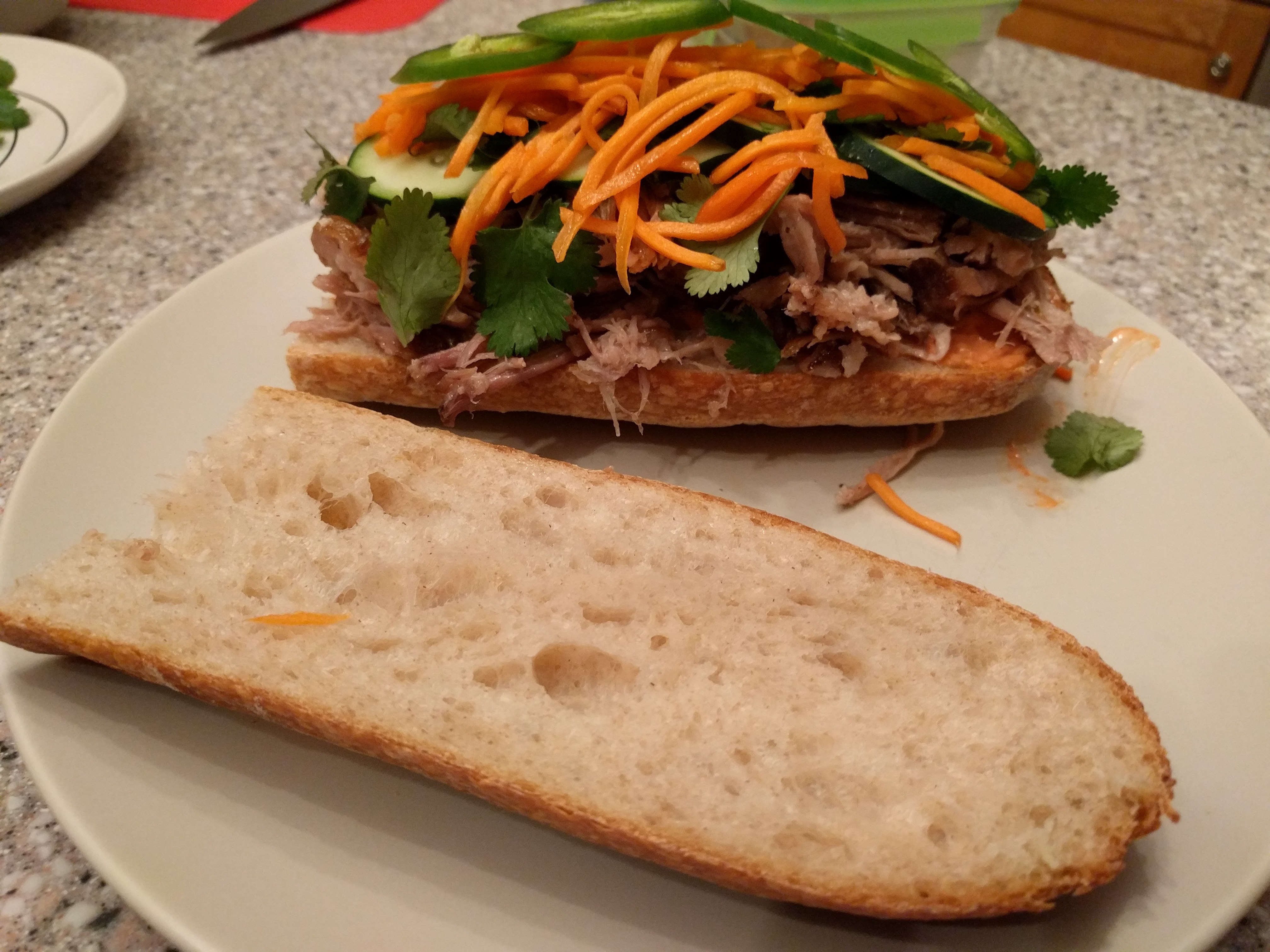 So good – topped with a little sauce from the slow cooker and devoured in about 3 minutes. Went well with some summer rolls from a local restaurant.

Next up I think I’ll try making my own summer rolls. We’ll probably wait until the summer to do that and make some large batches at one go so that we can get some practice. Something tells me that the sticky wrapping is going to be fun to figure out…