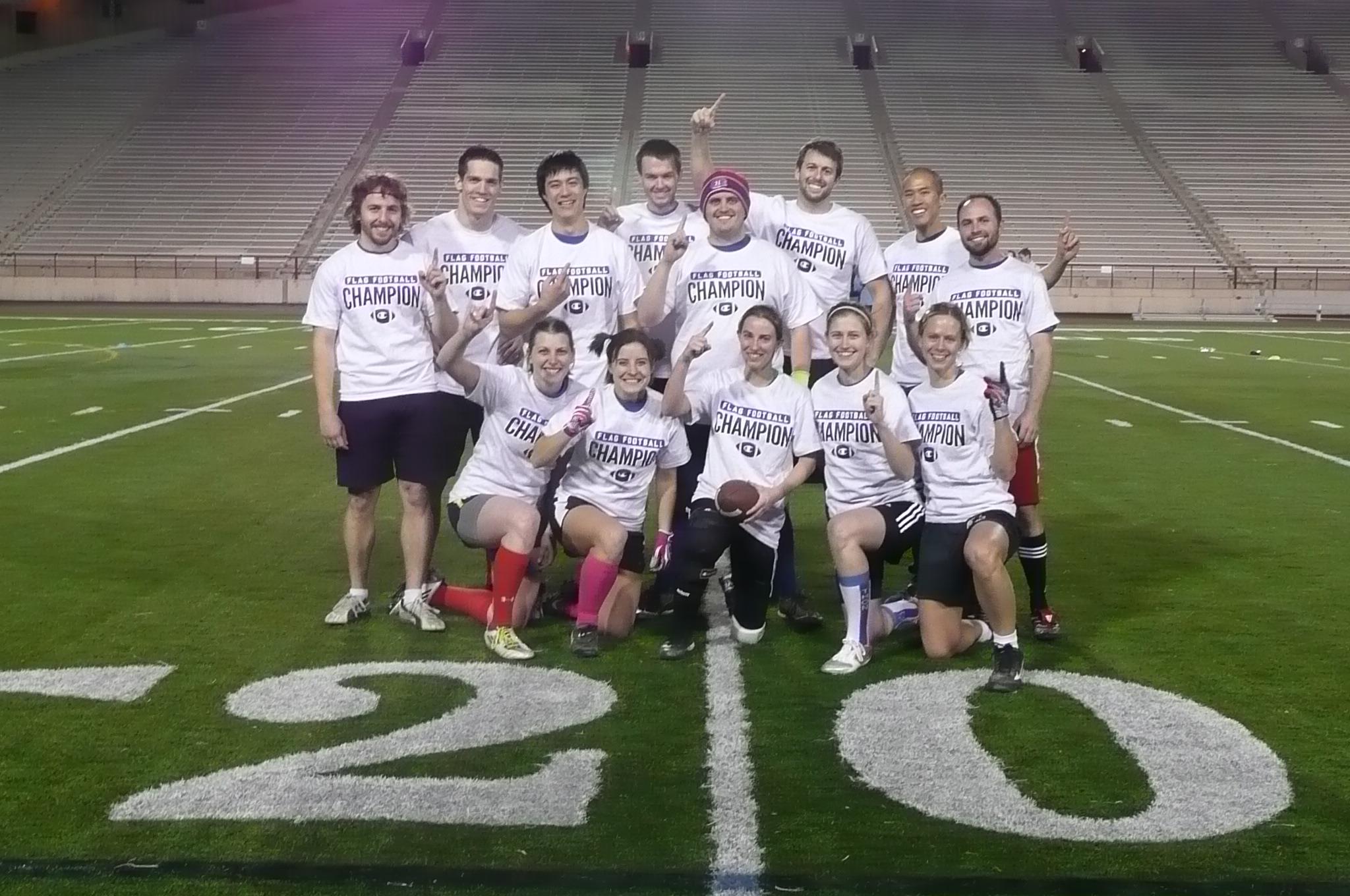 For three years the Annihilation Operators (FKA Bad News Bears) have battled ferociously against the intramural-referee-populated (is that even fair?!?!) Llamas Going Bananas.

But this year, THIS YEAR, we conquered the mighty incumbent pigskin-launching Llamas.

The game was not without its usual high-tension drama, from both sides. Tempers went red on both sides. Their quarterback was a slippery catch, and they had some pulse-stopping 70 yard throws. But we ended up winning 19-0 (um….shutout!).

Now, let me clarify one thing. I’m not the type to shove a win in someone’s face. I really enjoy good sportsmanship.

But these folks are mean. One of them even steamrolled me! That’s totally against the rules, and to be true, intentional and very mean. They’ve gloated in their status as the three-time champions.

We, a team of awkward physics (or almost) grad students, who spend our days in basements and in front of computers, doing (awesome) research, beat them. We beat them hard. 🙂

I was sad to wash the smell of wings and beer from my champion shirt for fear of fading the smell of victory, but the feeling of teamwork, satisfaction and revenge (har) remain.

To my teammates, I love each and every one of you. Thank you for an awesome (and undefeated) season. And to my biggest fan, Adam, thank you for cheering us on!